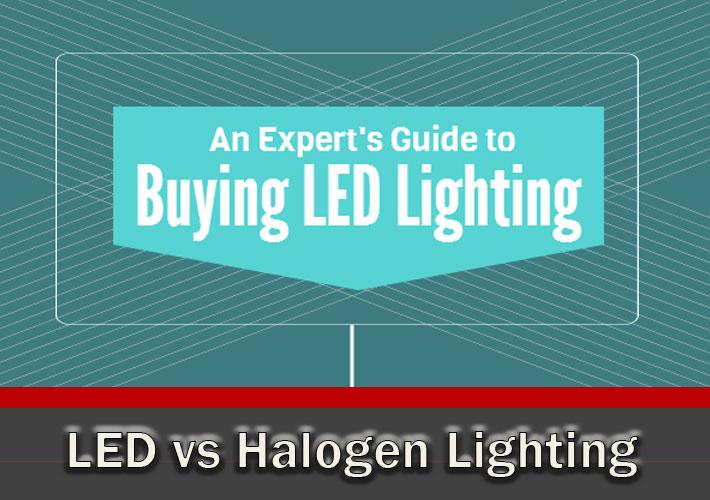 When it comes to home lighting, LED bulbs are the flashy new kid on the block, the one with the latest phone and the edgiest hair who casts everyone else in shadow as soon as they appear. But are we doing our faithful old halogen lights a disservice by all flocking to them and abandoning our trusted old friends? They cost more (considerably so!) than traditional halogen bulbs, after all, so what’s their allure? Is it worth the extra expense to commit to newer technology and abandon reliable, tried-and-tested halogen lighting? The simple answer is yes!

Of course, we don’t expect you to just take our word for it, so read on to find out a little more. The table below illustrates the lifetime costs associated with running a 5w LED spotlight compared with a 50w halogen alternative. By the time you finish, we’re certain that you’ll be sold on LED lamps.

This means that you will make a saving of £182.77 for each halogen bulb you supplement with an LED equivalent over the course of 40,000 hours. You’re probably starting to see the appeal of LEDs now, aren’t you?

To entice you further, take a look at the table below, which demonstrates your estimated savings per year. This is based on 5 hours of usage per day, which is the amount typical of a kitchen or lounge.

This means that, were you to use your light bulb for 5 hours per day, then you would make a saving of £12 each year per bulb.

If you’re not already sold on the superiority of LEDs, the next table is sure to convince you. This final table calculates the savings you will make by replacing 6 halogen spotlights in your kitchen with 6 5w LED bulbs instead. To give halogen at least a semblance of a chance, we’ll assume that you replace your halogen bulb every two years i.e. every 3650 hours, rather than the 2000 hours which is their expected lifeline.

This makes the yearly energy costs as follows:

Quite a significant difference!

We told that you LEDs were popular for a reason! This difference in costs is easily understandable when you consider how the different types of bulbs work to produce light. A traditional halogen bulb’s incandescence comes from heat; the light it produces is a by-product of the heating process. A different process is used to illuminate LEDs. The bulbs provide light by passing electrons through a semi-conductive material, which makes for a far more efficient brand of light production technology.

So what are you waiting for? LEDs will last you around 15 times longer than your halogen bulbs, use 90% less energy (the environment will thank you for this) and will yield an enormous reduction in your electricity costs. Knowing that, who wouldn’t be sold on them?