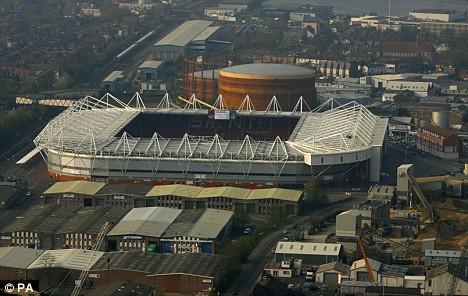 As the football season fast approaches, it appears as though Southampton football club will be on the tip of every tongue, because of both on and off the field activities.

The team may have made waves on the field last season, posting a top half finish, but it appears as though in 2014-15 it will be making waves of it, becoming the first ground in the country to install LED floodlights in the hope of improving the match day viewing experience for supporters.

Premier League guidelines explicitly state the need for a high level of light output but as yet, no club in Europe, never mind the Premier League had installed LED lights. Southampton will be the first to do so.

Traditional metal halide floodlights are now commonplace in football grounds across the country, never mind just Premier League grounds. Although they are effective, they’re now becoming outdated, and Southampton believe that this new LED alternative will reduce the amount of energy used while improving the output.

Mark Humby, Stadium Facilities Manager at Southampton Football Club clearly outlined the issues, and how they’ve been overcome in a mere four months, stating that, “Our first issue was to make sure the stadium roof structure could take the added weight of the new floodlight system required to produce the correct lighting levels”.

Premier League rules and regulations state that lights must have a flicker rate of lower than 6%. Originally, Southampton’s lights had struggled to reach this target, but now that the final product has been verified by Southampton’s testing system, it has been proven that their flicker rate is a mere 0.2%.

On the whirlwind, trendsetting process, Mark Humby added that he was incredibly excited about the introduction of LED floodlights, pointing out that it would improve the fans’ match day experience, adding that, “We can now look forward to installing a superior innovative lighting solution that will enhance the viewing experience of both the fan in the stadium and the armchair supporter”.