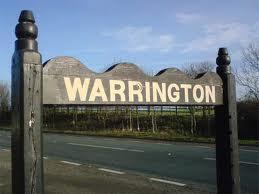 For years now, we’ve been on the search for cleaner, greener energy. From wind farms to solar roads to recycling to wave power, we’re now slowly getting there, but what else can we do? Well, Warrington Borough Council is aiming to reduce light pollution, energy consumption and carbon dioxide emissions by replacing 27,000 of the borough’s street lights. Should we be following their example?

Over the course of the next 3 years, a monumental 18,000 street lights will be replaced at a total cost of £25 million. As part of the upgrade, however, it isn’t just the bulbs that will be replaced, the columns and lanterns will also be upgraded with the aim of lowering both emissions and energy consumption and reducing light pollution.

The pioneering scheme will see LED lanterns replace the current SOX lamps, producing a whiter, brighter light as a result. It is thought that because LEDs produce whiter light even at lower levels that the new lamps will be especially useful for the elderly and the visually impaired.

At present, street lighting in Warrington is incredibly inefficient. It is estimated that, throughout the borough, around 60% of street lighting stock has been in place for 25 years or longer. Overall, the council pays £1.4 million per year for street lights and they account for 17% of the authorities total carbon dioxide emissions. For this reason, the scheme is essential, as the savings it will create will be massive, but who else will follow suit?

Is Anyone Following Suit?

Liverpool is a good example of a city following Warrington Borough Council’s lead. Spending £7 million over the next 2 years, Liverpool City Council hopes to replace 12,000 SOX street lights for LED ones, brightening the city in the process.

The city’s mayor Joe Anderson said that “We have decided to bring LED street lighting to Liverpool to improve the lighting across the city and make our streets safer…this will help to make our city greener and a better place to live by saving over 1,400 tonnes of carbon [dioxide] emissions each year”.

Obviously, the upfront cost is substantial, with both councils paying over £30 million combined. Long term however, it seems as though the quality of the light produced will be higher, bills will be lower and carbon emissions will be drastically reduced. So, the only question is, should we all follow suit?