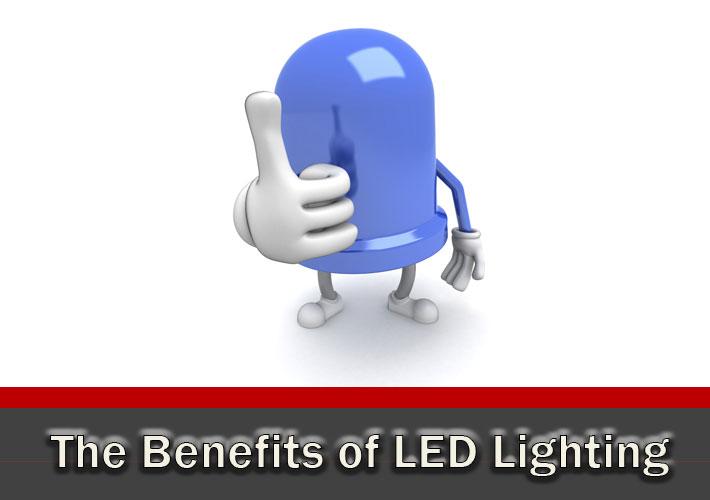 The Benefits of Using Led Lighting

LED (Light Emitting Diode) technology has accelerated at such a pace that it has now overtaken CFL (Compact Fluorescent Lamps) as the preferred low energy alternative to halogen.

Earlier generations of LED bulbs gave LED lighting a bad name within the lighting industry as they provided very low levels of light and produced poor colour reproduction. Older generations can generally be identified by having a bubbly front lense with multiple LEDs whilst new power LEDs are flat and contain three or four power LEDs behind a glass lens, similar to a halogen. More advanced LED chips are now used by manufacturers such as CREE which produce the same clear white light often associated with halogen. Older, inferior LEDs should only be used for decorative purposes not ambient lighting. High power LEDs now offer a true, low energy lighting solution.

The main problem with LED bulbs is the price; they cost around ten times more than halogen and three times more than CFL. However, this price can be justified when you consider savings that can be made.

The first saving relates to the life expectancy of the bulb and in reality, you’re actually getting better value for money if you choose LED. For example a fifty watt halogen bulb will last for two thousand hours, compare this with a seven watt Philips Master LED bulb which will last for forty thousand hours. This means that over the same time period of forty thousand hours you would be paying for twenty halogen bulbs when just one LED bulb would do. This would make a saving of around ten pounds as buying one seven watt Philips Master LED is cheaper than buying twenty fifty watt halogens. Admittedly, it will take a while for you to realise the saving however you will quickly save the time and effort it takes to change a bulb on twenty separate occasions.

The forty thousand hours life expectancy of the Philips Master LED could range from four and a half years (if left on constantly) to over eighteen years (if used for six hours a day). The best way to convert life expectancy into actual days or years is to base the daily usage by the hours per day it will be left on for. For example; if the LED is used for six hours per day, it will last for over eighteen years. If the daily usage is less than six hours it would last even longer. LED bulbs are a ‘fit and forget’ product.

The above information shows a few of the benefits of using LED bulbs but the main reason is the amount of money that can be saved in electricity costs. Based on average electricity costs of fifteen pence per KWH (kilowatt hour) and using the same time period of forty thousand hours, twenty fifty watt halogens would cost £300 to run. Compare this with a seven watt Philips Master LED which would cost just £42 to run. This provides a saving of £258. This saving is just for one light, a typical lighting installation will have over ten lighting fixtures. Ten lights would a saving of £2580.

Total Cost of Ownership (TCO), this term is generally used by companies to calculate and compare the costs of using various products or services. TCO takes into account the total cost of the bulb in terms of purchase price, running costs and maintenance costs. As this article is written for domestic purposes maintenance costs have been ignored as nobody is going to pay themselves to change a light bulb.

The cost of ownership for a seven watt Philips Master LED would be approximately £65 - this includes the price of the LED bulb and the total running costs. No additional maintenance costs would need to be calculated as the LED bulb wouldn’t need replacing.

The cost of ownership for twenty fifty watt halogens would be approximately £332; this includes the price of twenty halogen bulbs and the total running costs over the same time period of 40,000 hours. For commercial use, the maintenance costs would also have to be considered as twenty bulbs would need to be replaced by a paid member of staff or by a third party on a contract basis. The total saving based on TCO would be £260. Again this is just for one bulb.

Another benefit of using LED bulbs is the environmental impact. LED bulbs are energy efficient and reduce your carbon dioxide (CO2) emissions. Changing one halogen bulb to an LED will save around one hundred kilograms of CO2 per year. This will reduce your carbon footprint and help the planet.

Now the financial and environmental benefits have been made abundantly clear you just need to decide which LED bulb is the most suitable for your lighting needs. The most important and obvious consideration is the physical size of the bulb. The Philips seven watt Master LED is physically deeper than a halogen and won’t fit in most enclosed fire rated downlights. Other factors include the wattage and type of bulb you are replacing. If the LED needs to dimmable then this opens up more potential problems as not all LED bulbs are dimmable and dimmable LEDs are more expensive and won’t work with all dimmer switches. Also, the minimum and maximum dimmer switch loads for LEDs are different as de-rating factors must be calculated. Downlights Direct can help you find the perfect match.

LED has completely transformed the lighting industry and could soon make all other types of lighting obsolete, leaving LED the one and only choice.