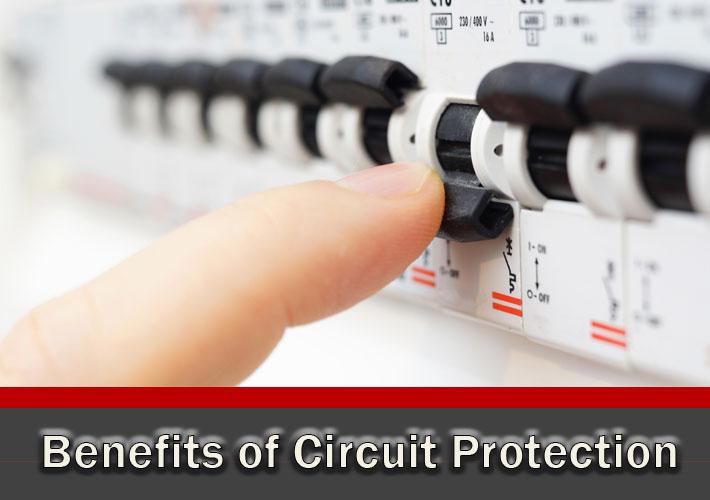 Almost all properties that have an electrical supply will be fitted with a consumer unit to distribute electricity to the circuits. One of the main uses of a consumer unit is that it enables there to be different circuits to be used and individually protected by a circuit breaker. For example there can be a separate supply of electricity for upstairs and downstairs or even outdoors too. The consumer unit is best described as the central point for supplying the wiring system for all electrical sources located in the household such as plug sockets, lighting, cookers etc.

Originally consumer units housed fuses and were called fuse boards. Miniature circuit breakers, known as MCBs for short, have now replaced fuses. In the event of an overload a miniature circuit breaker can be reset by anyone, simply by flicking the switch. A fuse would have to be taken out and rewired by a professional which could be costly in some cases. A circuit breaker also can be used to disconnect the electricity supply allowing to safely change a light bulb or replace a plug socket for example.

To ensure safe and more reliable circuit protection, a safety device can be used to disconnect the electricity if there is an imbalance in the electrical current. The device is known as an RCD or residual current device. An RCD provides this extra level of protection as it trips out much quicker than the normal circuit breaker. This device has the capabilities of saving lives as it disconnects so quickly it prevents a human being from being electrically shocked. With the new enforcement of the 17th Edition Regulations there has to be a residual current device installed within the consumer unit. Instead of using an RCD you can also use an RCBO which is a combination of both RCD and a miniature circuit breaker.

Older consumer units from brands like Chint were made out of ABS (Acrylonitrile Butadiene Styrene).  Although ABS is a strong flame retardant polymer with great electrical insulation properties, it was later decided that all consumer units must be manufactured from metal. This was known as Amendment 3  from the Edition 18 Wiring Regulations.

Modern consumer units like FuseBox are all manufactured from steel. Steel consumer units were mainly used in industrial premises or when armoured cable is used but are now a requirement for domestic use. The consumer unit is generally box shaped accompanied with a flip down lid and are available in many different sizes.

A typical example of a small sized unit would be a garage unit which has an RCD (Residual Current Device) and one or two circuit breakers. The RCD would be used as the main incoming device and the circuit breakers as the outgoing devices. A larger unit could be anything up to a double stacked unit, which would have two RCD’s and a main switch. This type could provide circuit protection for up to 30 circuits. These larger units are more commonly used commercially or in the industrial sector.

Overall the consumer unit is a vital component and it is the primary distributor of electricity in the household. It simply would be very risky and too dangerous to have one circuit running through the household with no circuit protection. We should be appreciative of the technology that goes into circuit protection because it saves thousands of lives every year.