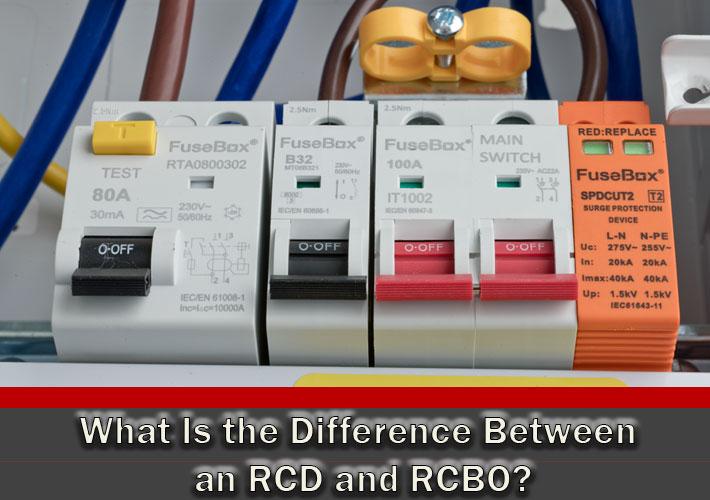 What Is the Difference Between an RCD and RCBO?

The statistics seem dire and depressing,  but they can be avoided by regularly checking your electric switchboard and connected appliances and installing a Residual Current Device (RCD) or Residual Current Circuit Breakers with overcurrent (RCBO).

What exactly is an RCD and RCBO? How do they work? And is there any difference between them? Let's answer these questions.

What Is an RCD? 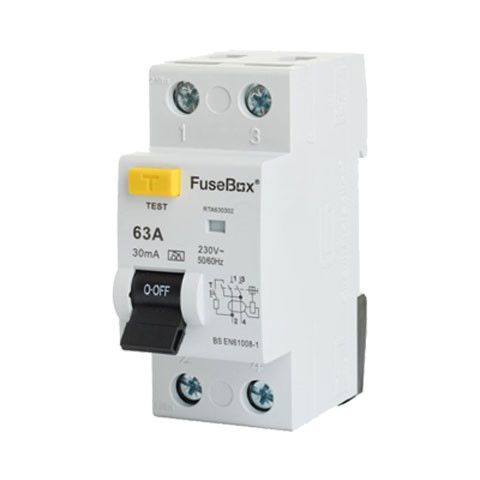 Why Should You Use an RCD?

Ideally, it would be best to use this type of breaker to prevent accidental fires and electrocution. Any current going through a person more significant than 30 mA can drive the heart into ventricular fibrillation (or throwing the heart's rhythm off)—the most common cause of death through electric shock. An RCD stops the current within 25 to 40 milliseconds before an electric shock could occur.

By contrast, conventional circuit breakers such as MCB/MCCB (Miniature Circuit Breaker) or fuses break only when the current in the circuit is excessive (which can be thousands of times the leakage current an RCD responds to). A small leakage current coursing through a human body can be enough to kill you. Still, it would probably not increase the total current enough for a fuse or overload the circuit breaker and not fast enough to save your life.

What Is an RCBO?

An RCBO is a type of breaker that combines the MCB and RCD functionality in one single breaker. An RCB, as discussed above, can sense the overcurrent caused by the short circuit. RCBOs can come in 1 pole, 1 + neutral or two poles as well as with an amp rating from 6 up to 100 A, tripping curve B or C, Breaking capacity 6K A or 10K A, RCD type A, A & AC. 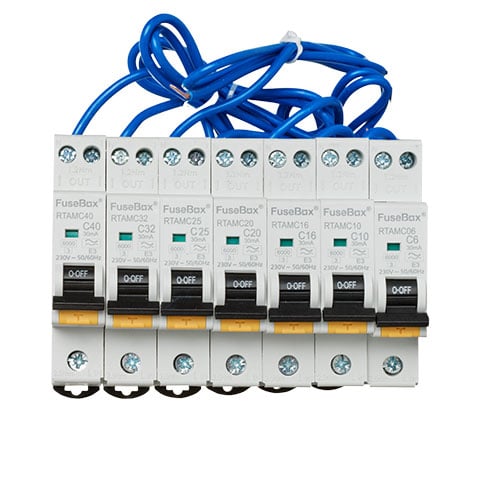 Why Use an RCBO?

You need to use an RCBO for the same reasons we recommend an RCB – to save you from accidental electrocution and prevent electrical fires. An RCBO has all the qualities of an RCD with an overcurrent detector.

How Do RCDs and RCBOs Work?

RCDs and RCBOs both operate on the principle that a current entering through a live cable is the same coming out through the neutral wire by measuring the current balance between two conductors using a differential current transformer.

You can imagine this as a toroidal transformer with three coils. The first two coils are wired in opposite ways. One wire is connected to the live wire, and the other to the neutral wire. You then have a third coil (trip coil) connected to a solenoid that will electromechanically switch the breaker off.

If the current entering the circuit is equal to the outgoing current, there is no current flowing in the third coil, so the breaker stays ON (in normal condition). If you have an earth leak, the current flow goes to the ground. Earth leaks can be caused by:

If there is a leak, an imbalance happens – the incoming current is higher than the outgoing current. The sudden current flow into the third coil activates the solenoid switching the breaker OFF.

What Is the Difference Between an RCD and an RCBO?

Whether you choose to use an RCBO or an RCD depends on the installation type and budget. For example, when there is an earth leak in a switchboard using all RCBO breakers, only the breaker with the faulty switch will go off. However, this kind of configuration cost is higher than using RCD's.

If budget is an issue, you can configure three of four MCB under one residual current device. You can also use it for special applications like a jacuzzi or hot tub installation. These installations require faster and less activation current, generally 10mA.

Ultimately, whichever breaker you want to use depends on your switchboard design and budget. However, if you're going to design or upgrade your switchboard to stay in regulation and ensure the best electrical protection for both the equipment asset and human life, make sure to get in touch with a reliable electrical specialist.